Write to me at b.able2@yahoo.com

The fifth edition of  Introduction to Orthotics, by Brenda Coppard, PhD, and Helene Lohman, MA, OTD, OTR/L has just been published by Elsevier. Chapter 20 (co-authored by me; thank you to Shawn Swanson Johnson for recommending me to this project) features upper limb prosthetic technology with resources relevant to training, controls, and functional application.


Check out the Different by Design article in the inaugural edition of WNE! 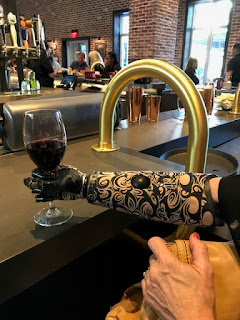 If you know me, I have nicknames for my different prostheses. For example, my body-powered prosthesis is "Wonder Woman"! Check out my prototype prosthesis... I covered the forearm and hand with ROCKTAPE. This covering is soft and gives a half-sleeve look.... hence the nickname "Tatoo".

And are all cases being treated equitably whether they are 'high-profile' and reported by the media vs the 'average' human being who lives life under the radar?

Well, these are loaded questions. -And deserve 'weigh-in' from my peers in the prosthetic industry as well as my clinical peers and my peers who are fellow consumers.

For starters, let's consider some factors that might heat up the discussion:

Let's get this discussion going! I would love to receive your thoughts and will share my own as well.... Stay tuned!!!!

The Amputee Coalition is happy to report that the public meeting last week about the recent Medicare proposal on lower limb prosthetics was a great success!
We are thankful to all of the individuals who spoke out against the recent proposal. Those in attendance and on the phone communicated effective, passionate, personal stories and experiences to express their opposition to the draft proposal and without the support of the many amputees and professionals who participated, we wouldn’t have had the impact that we did to show Medicare the depth and breadth of the opposition to their proposal.
After the Medicare Contractors (DME MACs) were forced to expand the meeting space to accommodate the huge number of people that registered, amputees and their families filled the meeting room. In addition, prosthetists, physicians, physical and occupational therapists, and others provided vital comments in opposition to the proposal to ensure their patients are able to receive access to appropriate prosthetic care.
Dan Berschinski, chairman of the board for the Amputee Coalition, presented our serious concerns with the proposal and encouraged the DME MACs to rescind the proposal and make significant changes in accordance with our formal comments.
It was inspiring to see so many members of the limb loss community come together to share their concerns and make sure amputees’ voices were heard. The comments made by the speakers at the hearing overwhelmingly centered on the issues that were identified by the Amputee Coalition shortly after the draft proposal was published:
With more than 400 attendees on the teleconference, and a packed room, this was one of the largest attended public comment meetings in recent memory.  This is a testament to how seriously the limb loss community takes this issue and how powerful we are as a community.  We made the point that prosthetic devices are not a luxury and amputees must be able to receive the most appropriate device at the most appropriate time.
After the conclusion of the public hearing, a special meeting was organized by Sharon Lewis, senior disability policy advisor to the secretary of Health and Human Services (HHS) and Administration for Community Living (ACL). Susan Stout (president & CEO), and Jack Richmond (board chair-elect) represented the Amputee Coalition at the meeting. In addition, representatives from AOPA, the Academy, and the O&P Alliance attended to express concerns about the proposal with those at the meeting. From the government, those in attendance included Acting CMS (Centers for Medicare/Medicaid Services) Administrator Andy Slavitt, CMS Deputy Administrator Patrick Conway and Senior HHS Counselor Kevin Thurm. Acting Administrator Slavitt acknowledged that the concerns of the group had been heard loud and clear, and that our views would most assuredly be taken into consideration by CMS. He invited representatives of the groups in attendance to submit further comments about the proposal and provided a mechanism to deliver them directly to the medical director of CMS.
Even with the success of the meeting, it is still vital that everyone submits formal comments to the DME MACs about the concerns you have with this issue by the August 31 deadline. Use the Amputee Coalition’s prepared letter, or create your own and send it to: DAMC_Draft_LCD_Comments@anthem.com.
Posted by DL at 6:23 AM No comments:

"In the race between the rock and the stream, the water always wins; not by strength, but by perseverance." -Anon

"The greatest handicap to overcome is a closed mind." -My Dad

"The biggest challenge in life is opening someone's closed mind." -My daughter, in her teen-age years

"I can do all things... through Jesus Christ my Lord who strengthens me." -Phil 4.13

DL
United States
I have a very full life as a wife, mother, grandmother... daughter, sister, friend! I am an occupational therapist in private practice, am a frequent guest speaker and volunteer regularly. I have a wealth of life experience and am a character with my own story to tell. Feel free to check out my other blogs. 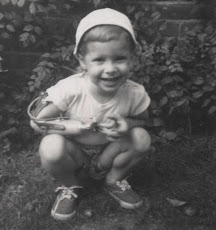